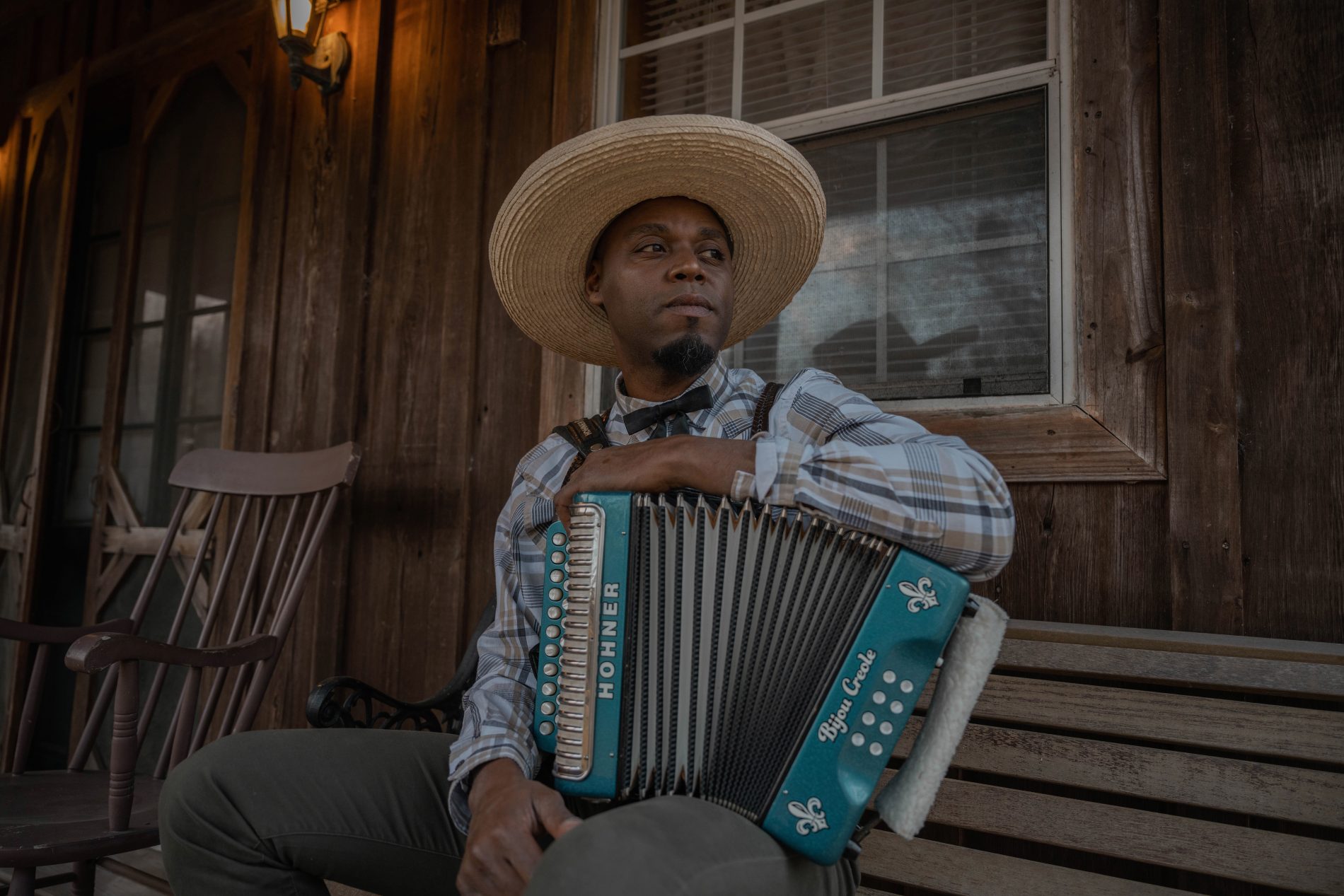 It’s an honor to welcome masterful Louisiana Creole musician and four-time Grammy nominee Cedric Watson to debut on our stage, in trio tonight.

With an apparently bottomless repertoire of songs at his fingertips, Cedric plays everything from forgotten Creole melodies and obscure Dennis McGee reels to more modern Cajun and Zydeco songs, even occasionally throwing in a bluegrass fiddle tune or an old string band number. Unlike many of his contemporaries, he is also a prolific songwriter, writing almost all of his songs on his double row Hohner accordion. Cedric’s songs channel his diverse ancestry (African, French, Native American and Spanish) to create his own brand of sounds.

Cedric’s albums are a tapestry of pulsing rhythms and Creole poetry, and his live performances are unforgettable, all at once progressive and nostalgic.