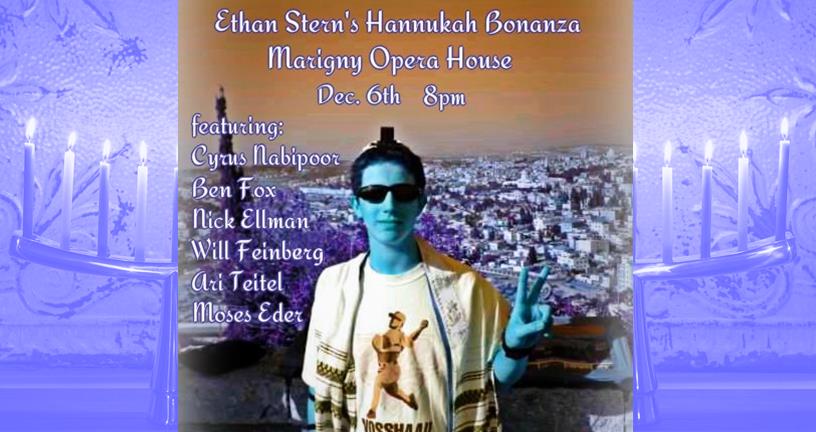 To celebrate this year’s festival of lights, Ethan Stern has re-arranged Hannukah classics. This show re-imagines the traditional compositions of Hannukah, employing an all-star cast of musicians:

Ethan Stern is a New Orleans musician, composer, arranger, and physician. He grew up in San Diego, CA and moved to New Orleans in 2009 after finding inspiration in the rich cultural tradition of the Crescent City. Ethan grew immensely under the tutelage of his mentor Jesse McBride and has played an active role in multiple projects, such as Doombalaya, the Willie Green Project, Jhiva Nola, and Loose Willis, contributing to their ability to perform at major festivals and venues including the New Orleans Jazz and Heritage Festival, the BNA Mirliton Festival, and the New Orleans Rock and Roll Marathon. Ethan has been able to perform and record with his heroes including Jason Marsalis, Ellis Marsalis, Delfeayo Marsalis, Nicolas Payton, Tony Hall, Herlin Riley, Marlon Jordan, and Adonis Rose.