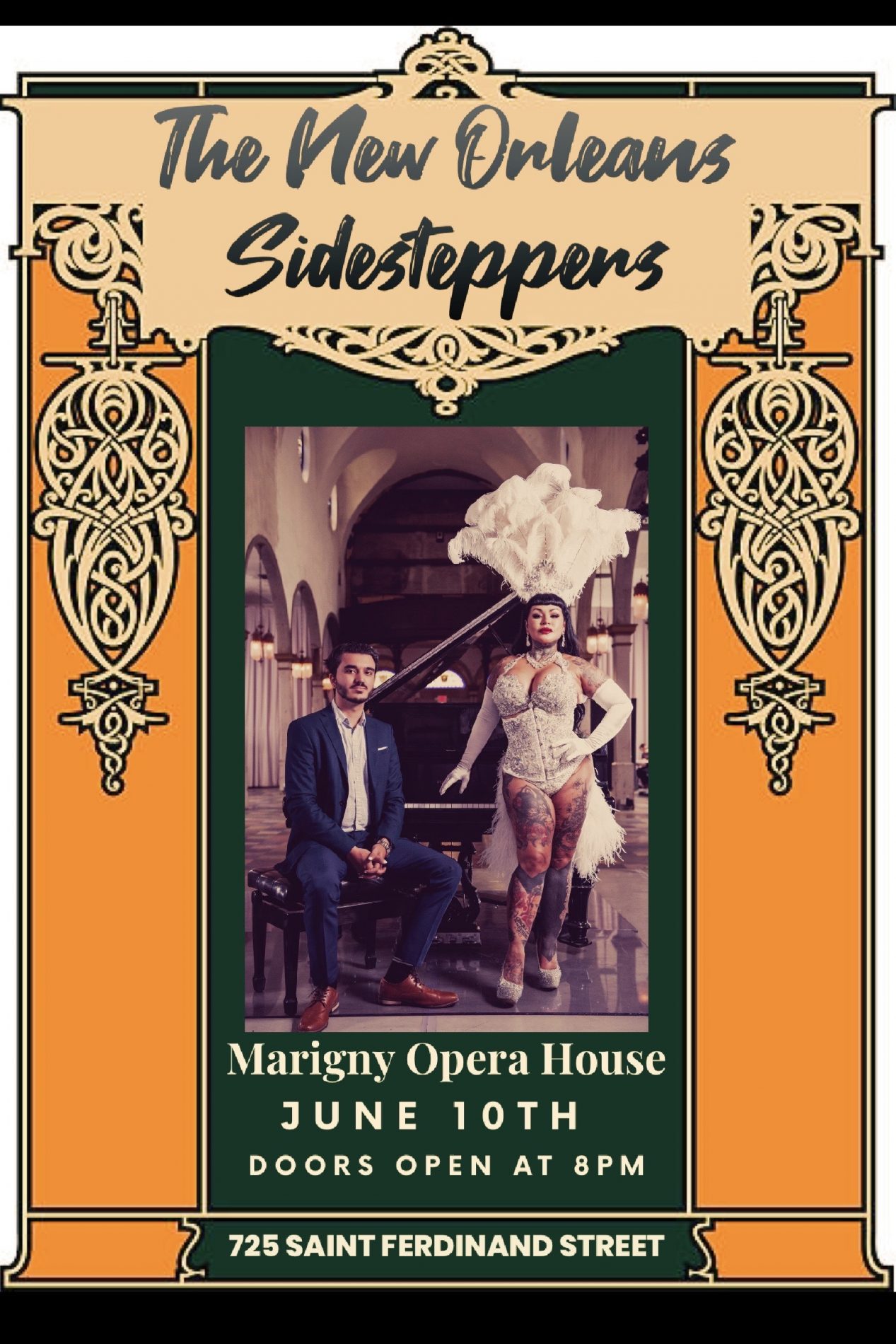 Songs and swords for a fun friday night !

Gigi is a multifaceted International touring sideshow and variety performer who is widely known for her unique and signature act of Archery using live human targets! She performs the human blockhead and is a fire eater; she performs on a bed of nails and walks up a 6 foot ladder of razor sharp machetes barefoot. This femme fatale is one of only a handful female sword swallowers in the world and contorts herself beautifully on a bed of nails.

Gigi DeLuxe is a certified archery instructor and an Internationally published model, and an upstanding registered member of exclusive SSAI, the Sword Swallowers Association International. She has been featured on both radio and television, performed on hundreds of stages across the country and internationally, private events and conventions for her archery with a human target act and sword swallowing. Gigi DeLuxe performed her archery act with her daughter on NBC’s “America’s Got Talent” season 16! Gigi performed her death defying sword swallowing act for the New Orleans Pelican’s Half-time game! She has been a headliner performer with Villain Arts in two cities, opened for Vince Neil in Chicago and Sturgis, was a featured act at for Danzig’s The Blackest of the Black, appeared at iHeart Radio, Hard Rock Live, Universal Studios, MTV, FX Studios, 9 WGN Chicago, Channel 7 Michigan,just to name a few. Gigi DeLuxe has been photographed by renowned photographers like Eric Kroll, Coop and Mark Hauser. She has appeared in numerous books and magazines: Marquis Magazine (Germany), Coffin Cuties(USA), “Goths, Vamps and Dandies” by Gavin Baddleley (UK) , Project X magazine (USA) and Bizarre magazine (UK) and was featured in Gnarly Magazine this Fall (2019). Gigi can even be found on a Coop skate deck! While in New Orleans she is a favorite performer for LadyBeastProductions, Gwendolyn Events and other local private events.

When Gigi is not traveling and performing, she’s at home honing her skills and making all her own costumes and building her own stage props. Gigi DeLuxe is the lead singer for The New Orleans SideSteppers. She studied music at Columbia College in Chicago and has recently returned to her love of music.

Max DoVale is a New Orleans based pianist, composer, and educator. Growing up in California, Max played in jazz groups around the Los Angeles area, playing in country clubs and restaurants, as well as writing and arranging music for local jazz ensembles. He moved to New Orleans in 2017 and received his Bachelor’s of Music in Composition with a Concentration in Jazz Piano from Loyola University New Orleans. While in New Orleans, Max has played piano with a variety of jazz ensembles in various venues, such as the French Market, the Hilton, and the Southern Food and Beverage Museum. He currently serves as an accompanist for vocalists in Loyola’s Jazz department and Musical Theatre department. Max enjoys writing music for orchestra, jazz ensembles, choirs, and ot