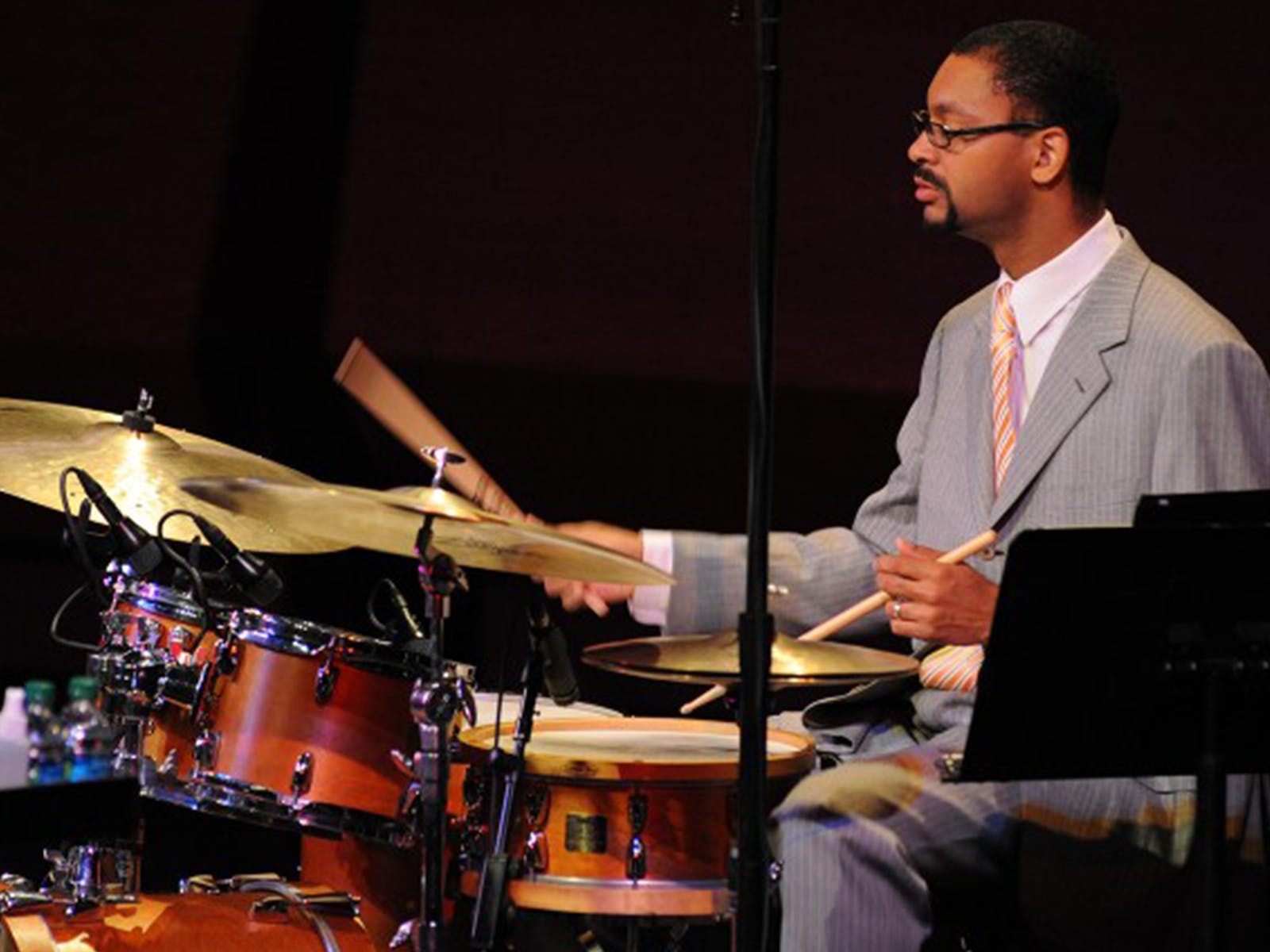 We are thrilled to present Jason Marsalis performing a solo drum set. Marsalis tours the world, appears on television, receives rave reviews at this year’s Jazz & Heritage Festival and beyond. With a fire in his heart and a passion for the music, his will to swing has never been more resolute. The sense of style and tastefulness that Marsalis exhibits in his playing explains why is a highly sought after musician.

Marsalis is a member of New Orleans’ first family of jazz: father, Ellis, and siblings Wynton, Branford and Delfeayo. He is a percussionist who studied at the New Orleans Center for the Creative Arts and Loyola University. In 1998, he co-founded the Latin-jazz group Los Hombres Calientes. He has released two albums with the group as well as several solo albums. He did recordings with the Marcus Roberts Trio, the Saito Kinen Orchestra and John Ellis and the Doublewide. He also produced reissues and current recordings of his father on their self-owned label, ELM Records. In 2008, he started teaching at his alma mater, NOCCA. His album, “In a World of Mallets,” went to No. 1 on the CMJ Radio Charts and won Best Contemporary Album from Offbeat Magazine.

*All ages – None turned away for lack of funds – no pressure*
We accept cash, card and check at the door for donations. No advance sales available. Seating on first come, first serve basis.