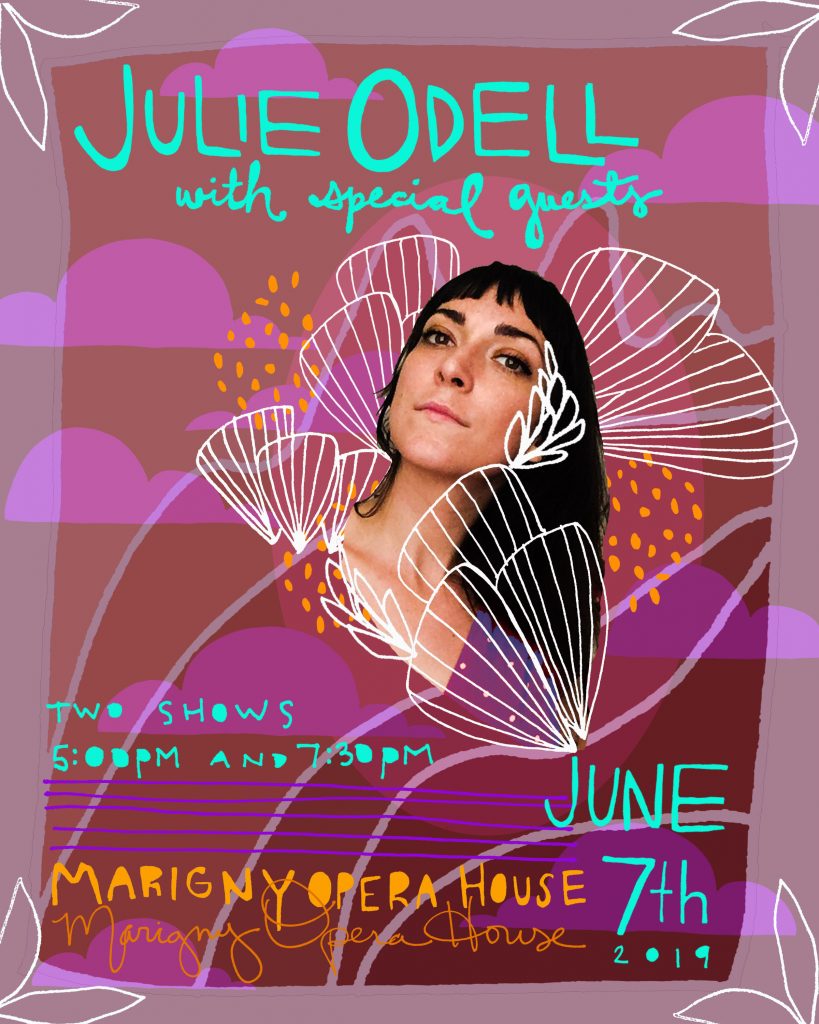 TWO SHOWS in ONE NIGHT
first show at 5PM
second show at 7:30PM

New Orleans singer-songwriter Julie Odell weaves her visions of folk, poetry and colorful melodies into a warm and brilliant tapestry.

Odell began writing and performing in 2000 while living in Ruston, Louisiana, where she learned to write on an old upright piano. She later moved to New Orleans, where she carved out a space for her songwriting and performance within the city’s thriving arts communities and evolved her sound into a dynamic force of nature as a bandleader.

Odell’s songs balance chaotic, stampeding highs with quiet lows, each moment burrowing into uncharted corners of her sonic map. Her anxious bursts reach widescreen climaxes, with lyrics brimming with honesty and imagination, carried by her endlessly versatile and often-haunting voice dancing on the rhythms of every note.

Performing at The Marigny Opera House she will be joined by a tiny magical orchestra comprised of some of the South’s most incredibly sensitive and intuitive musicians: Helen Gillet on cello, Cassandra Watson on harp, Tif Lamson on marimba and backup vocals, Chad Viator on lead guitar, Jenna McSwain on grand piano, Ben Polcer on Trumpet, Meredith Law and Rosemary Minasian on backup vocals, Jonathan Arceneaux on drums, and Kenny Murphy on bass.

Doors approximately 30 minutes before each show time.
*None turned away for lack of funds – no pressure*
We accept cash, card and check at the door for donations. No advance sales available. Seating on first come, first serve basis.