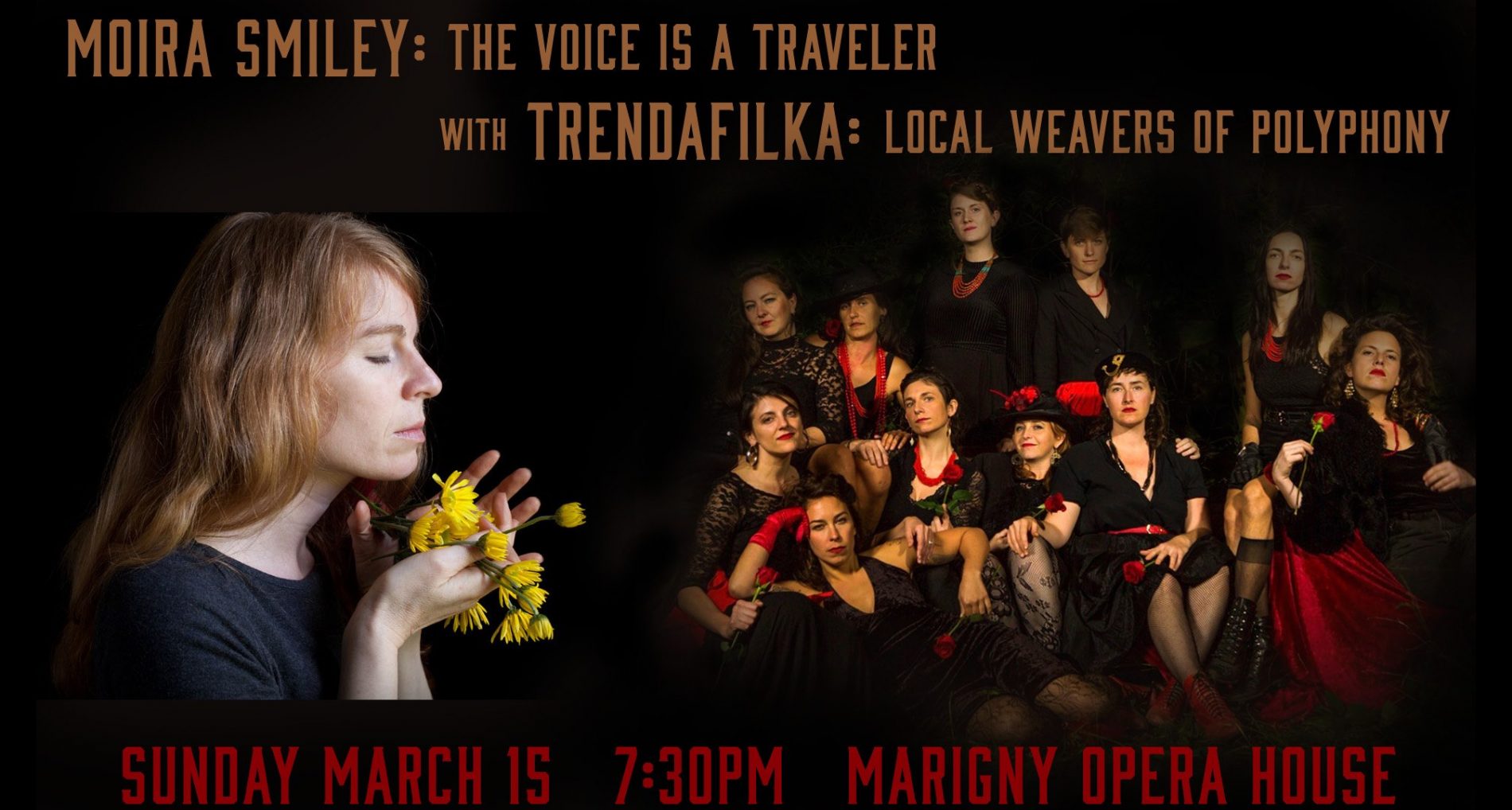 We regret to inform you that the performance of Moira Smiley and Trendafilka is canceled in collective interest. Please consider donating to local artists and gig workers, and checking in to make sure your neighbors’ needs are met. We’ll issue ticket refunds as soon as possible.

Composer, singer, and multi-instrumentalist Moira Smiley brings her solo show, ‘The Voice Is A Traveler’ to New Orleans in collaboration with local polyphonic songstresses Trendafilka.

“In her solo show ‘The Voice Is A Traveler,’ singer/composer Moira Smiley weaves her banjo, accordion, and piano around her magnificent voice. Singing and storytelling through her own timeless, original songs and traditional folk songs, audiences travel through songs of home and exile; longing and belonging.Themes of real and metaphorical border-crossings are seen through Anglo-Celtic ballads, American spirituals, East European folk laments and sharp, poignant original songs.”

Trendafilka is a modern exploration of European polyphonic traditions. Founded in New Orleans in 2016, the group grew out of a common desire for group singing as well as a collective fascination of culture and ancient traditions. Trendafilka, named after the Balkan wild rose, draws repertoire from areas of Eastern Europe – the Balkans, the Baltics, the Caucasus, and the Eurasian Steppe – that hold rich cultural traditions of polyphonic singing.

What the two acts have in common is a love of song and musical storytelling, and they will weave together a performance that integrates songs new and old from each other’s repertoire.