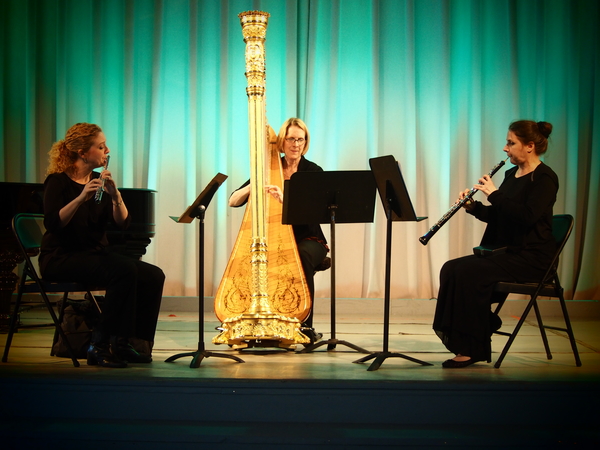 Musaica plays a program with an accent on Jewish composers including Felix Mendelssohn’s String Quartet in D major and Darius Milhaud’s “Creation du Monde” for Piano Quintet. Also featured will be a Violin and Harp Sonata by Louis Spohr and a special rendition of Bruch’s “Kol Nidre” for Harp and Trombone.

Musaica is a non-profit chamber music ensemble founded in the fall of 2006 by eight devoted professional musicians from the Louisiana Philharmonic, several of whom are also faculty members at Loyola and Tulane Universities and the University of New Orleans. Its mission is to promote and foster chamber music performance; to encourage the composition of new music; and to increase the awareness and appreciation of chamber music.

Musaica presents a variety of eclectic and entertaining chamber works to audiences throughout the New Orleans metropolitan area. Its concert series presents familiar and accessible works alongside those which are new or less often performed.  Musaica has been nominated several times by Gambit’s “Tribute to the Classical Arts” for its programs, and for its performances of contemporary chamber music.