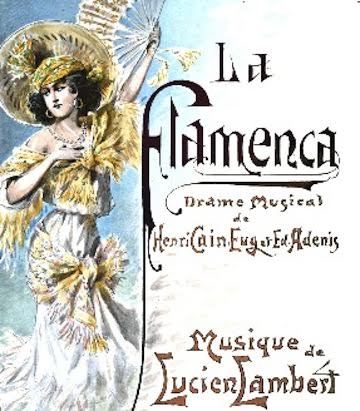 About La Flamenca
Set in 19th-century Cuba, the opera tells the story of a Creole songstress, her troubled love for a Spanish military officer, and her dramatic struggles in the conflict for Cuba’s independence.

La Flamenca (1903) was written by Lucien Lambert, a composer of New Orleans Creole heritage, and a student of the great Jules Massenet. Produced to acclaim in Paris, the opera has never been performed in its entirety in America. We intend to bring the work to life on the stage of the Marigny Opera House in May, 2017.

This will be OperaCréole’s second major production. In October, 2015 the group presented William Grant Still’s masterwork, Minette Fontaine at the Marigny Opera House; it was only the second time this opera was ever performed.