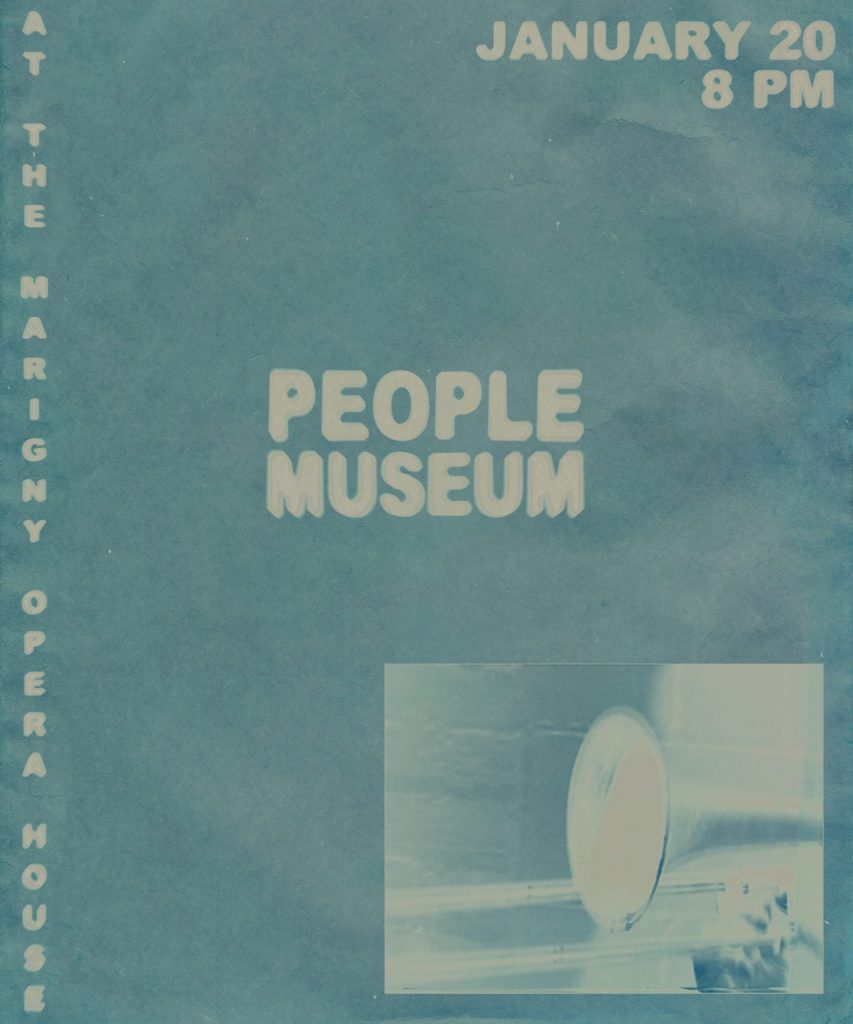 People Museum is a pop-art, electronic band started by Claire Givens and Jeremy Phipps in the Treme neighborhood of New Orleans, LA in 2016. Inspired by afro-beat, hip-hop, choral, and marching band music, People Museum has formed a sound that could only come from the eclectic corners of Louisiana. Created with the intention of bringing nature to the future, People Museum combines the historic sounds of the city’s past with the synthesizer heavy, progressive underground of New Orleans.

They perform live as a four-piece with drummer and co-producer, Mopodna, as well as with bassist Charles Lumar ll, a member of Solange’s incredible live backing band. The genre-bending band has shared the stage with Thundercat, Big Freedia, Meridian Brothers, Maggie Koerner, and Hurray for the Riff Raff. Their newest Louise Bourgeois-inspired EP “Destruction of, Vol. 1” is out on October 21st via Community Records and Strange Daisy made in collaboration with the New Orleans Museum of Art and the Creative Cohorts Assembly.