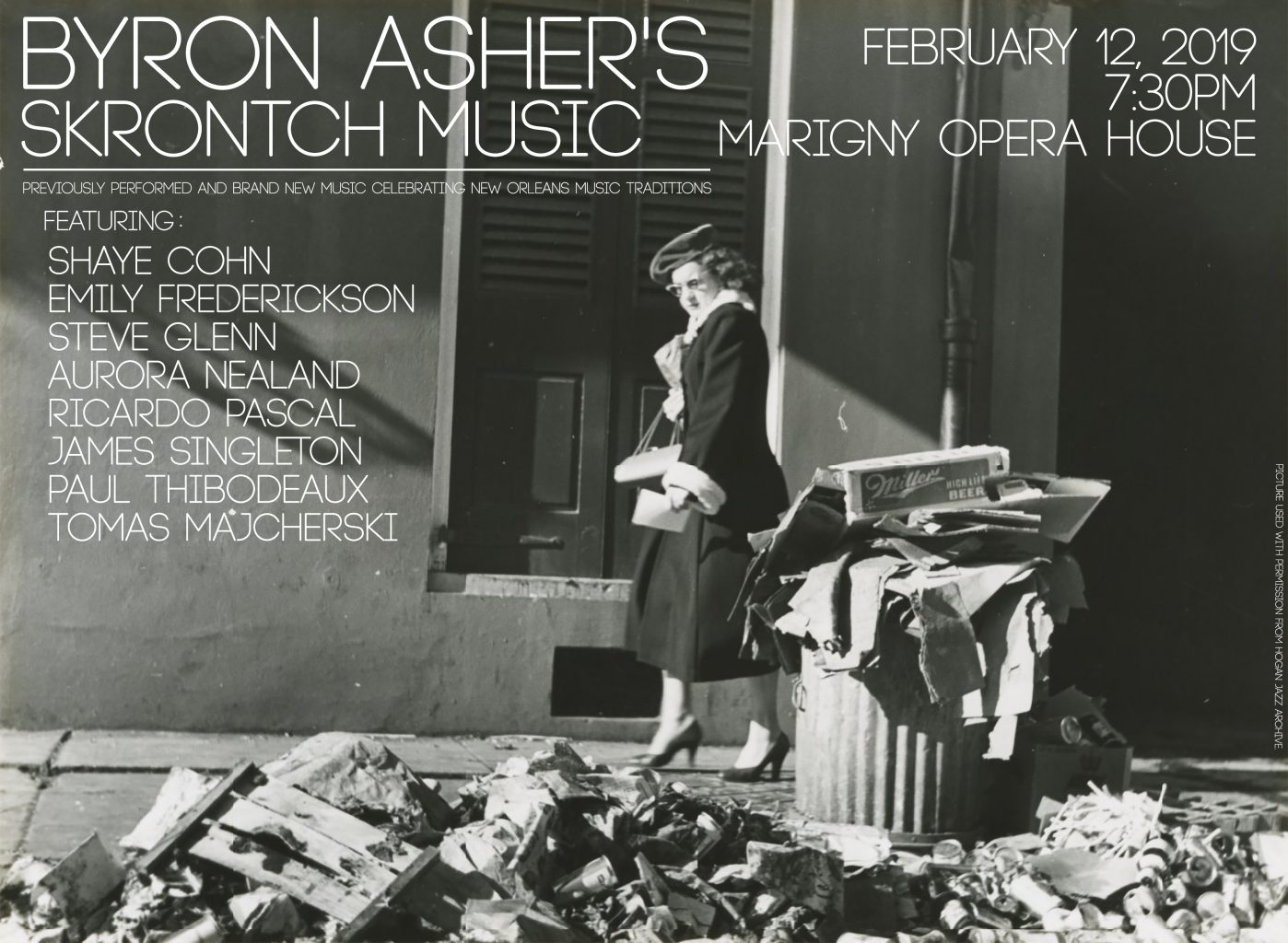 Skrontch Music is an ongoing composition project led by multi-instrumentalist Byron Asher that investigates the history and lineage of New Orleans music in its social and political context through contemporary jazz composition and collective improvisation. The initial Skrontch Music suite was premiered in 2017 and explores the intertwined histories of New Orleans jazz and anti-Jim Crow activism in the early twentieth century. At the Marigny Opera House, the Skrontch ensemble will perform the original hour-long composition as well as a second set of brand new music.

Skrontch Music has been supported by a 2016/2017 artist residency at Tulane University’s A Studio In The Woods and grants from the New Orleans Jazz and Heritage Foundation and the Puffin Foundation. It was premiered at Xavier University in New Orleans in April 2017. The debut Skrontch Music recording will be released later this year on vinyl and online by New Orleans’ own Sinking City Records.