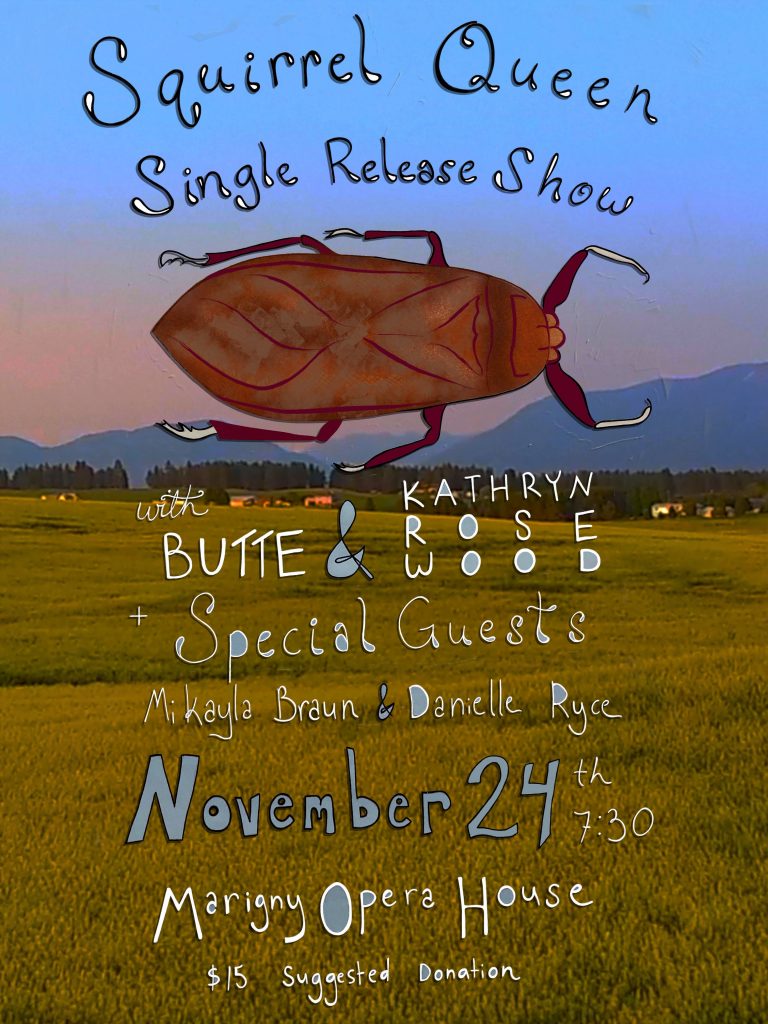 Squirrel Queen releases “Irrational,” the opening track to her upcoming EP, “Life and Death and In Between,” recorded down the street at Marigny Studios.

The EP “Life and Death and In Between” deals with the struggles of loss, healing, and emotional uncertainty. This work emerged from her experiences following the loss of a close friend and bandmate to suicide shortly before her last release, “Coming Home” (2016). It is an exercise in moving forward and a rebirth back into music for singer-songwriter Lydia Kolda aka Squirrel Queen.

Butte is an indie rock band based in New Orleans, LA with members Theresa Romero, Sam Dingle and Trenton O’Neal. Their first album “Throwing Colors at the Wall” was released in August 2018.

Kathryn Rose Wood, Mikayla Braun, and Danielle Ryce (a.k.a. Dianella) have maintained a long musical friendship. For one-night-only, Kathryn, Mikayla, and Danielle join forces as a formal trio with piano, guitar, ukulele, and violin for a performance that won’t soon be forgotten.

Mikayla Braun’s “sensitive yet compelling” vocals, matched with her electric stage presence, draw audiences in to make any performance feel intimate, while “ripping the roof right off the joint with nothing but a voice and a ukulele.”