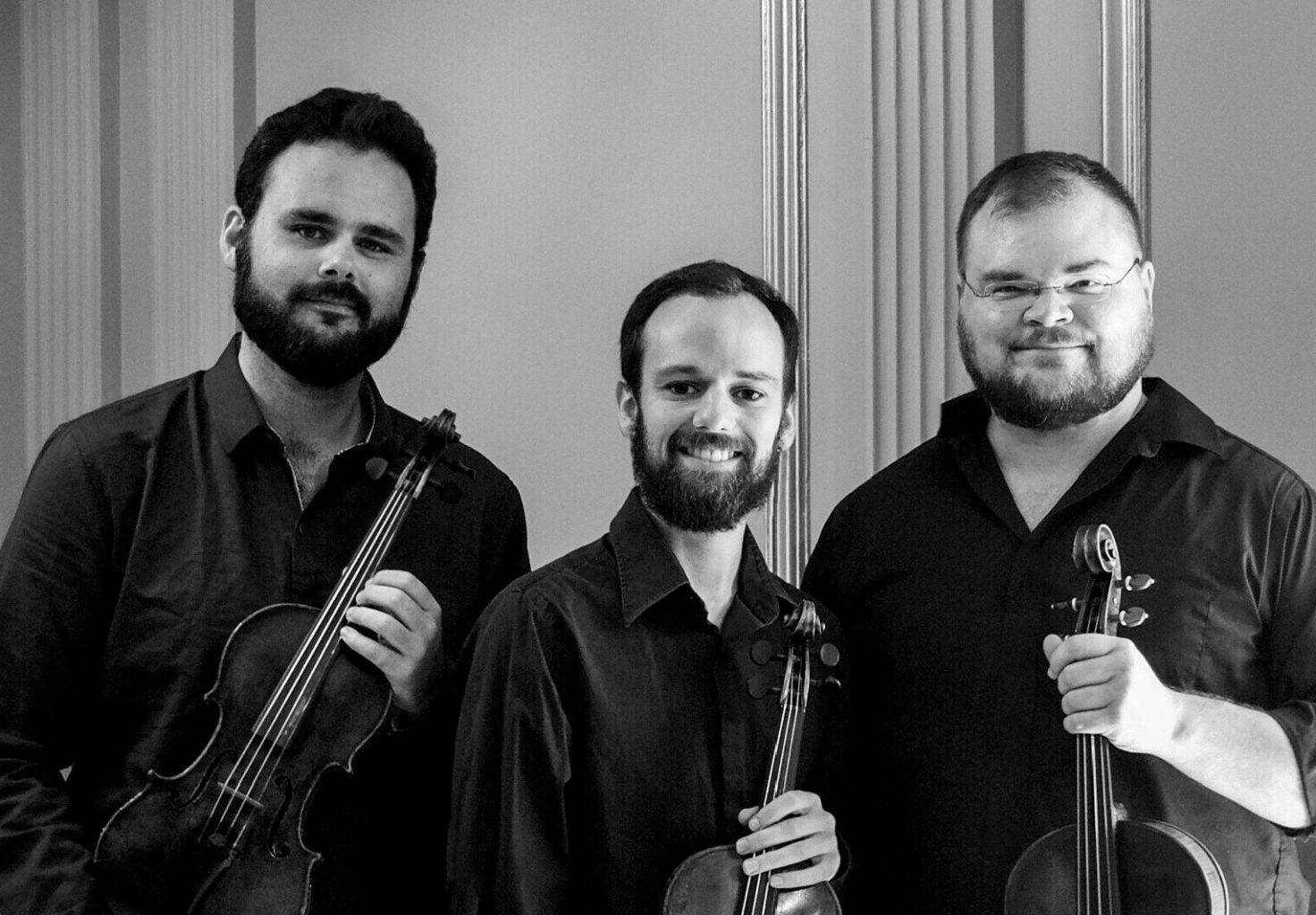 Benjamin, Kurt and Tyler are New Orleans-based musicians who have bonded over a common love of chamber music and the beauty revealed by history’s great composers.

Originally from Cape Cod, violinist Benjamin Thacher studied at the New England Conservatory and the San Francisco Conservatory of Music.  Benjamin previously served as associate concertmaster of the Boise Symphony Orchestra before moving to Louisiana.

Violinist Kurt Münstedt grew up in Needham, Massachusetts and attended the Cleveland Institute of Music and Carnegie Mellon University. Prior to moving to New Orleans, Kurt was a member of Orchestra NOW in upstate New York and has an active interest in period performance and bringing music into untraditional performance places.

Tyler Sieh, viola, grew up on a farm in Minnesota before attending the Cleveland Institute of Music. Tyler was previously a member of the United States Air Force Band and has held positions with orchestras in South Dakota, Omaha, Minneapolis, Arlington and New Orleans.