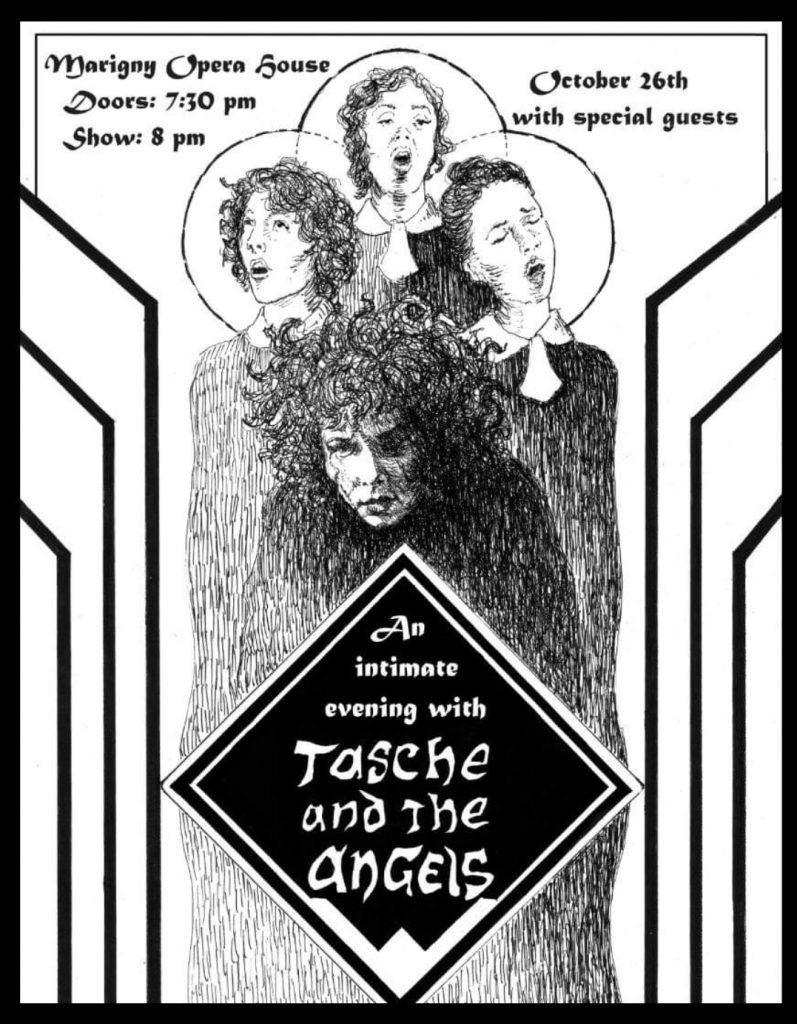 Tasche and the Angels

Tasche and the Angels meld ethereal doowop, psychedelic soul, and haunting cathedral harmonies with feminine alchemy. Their siren-like voices resemble echos of gothic art nouveau in sonic metaphor. All original members of psych rock band Tasche and the Psychedelic Roses, The Angels form their own thrilling rendition of Tasche’s songs, both intimate and afar since 2016. They play with divine light and ghostly darkness, knitting both equally into one long and elegant gown with four part harmonies and a singular fingerpicked guitar. Tasche de la Rocha, Joanna Tomassoni, Sabine McCalla and Rachel Wolf blend into one. Tasche and the Angels draw you in, hold you still and silence a room naturally to the point of a pin drop.

The four singers came together in 2016, and return to Marigny Opera House on October 26 with Special Guests.

STARLIGHT from their 2018 appearance @ MOH