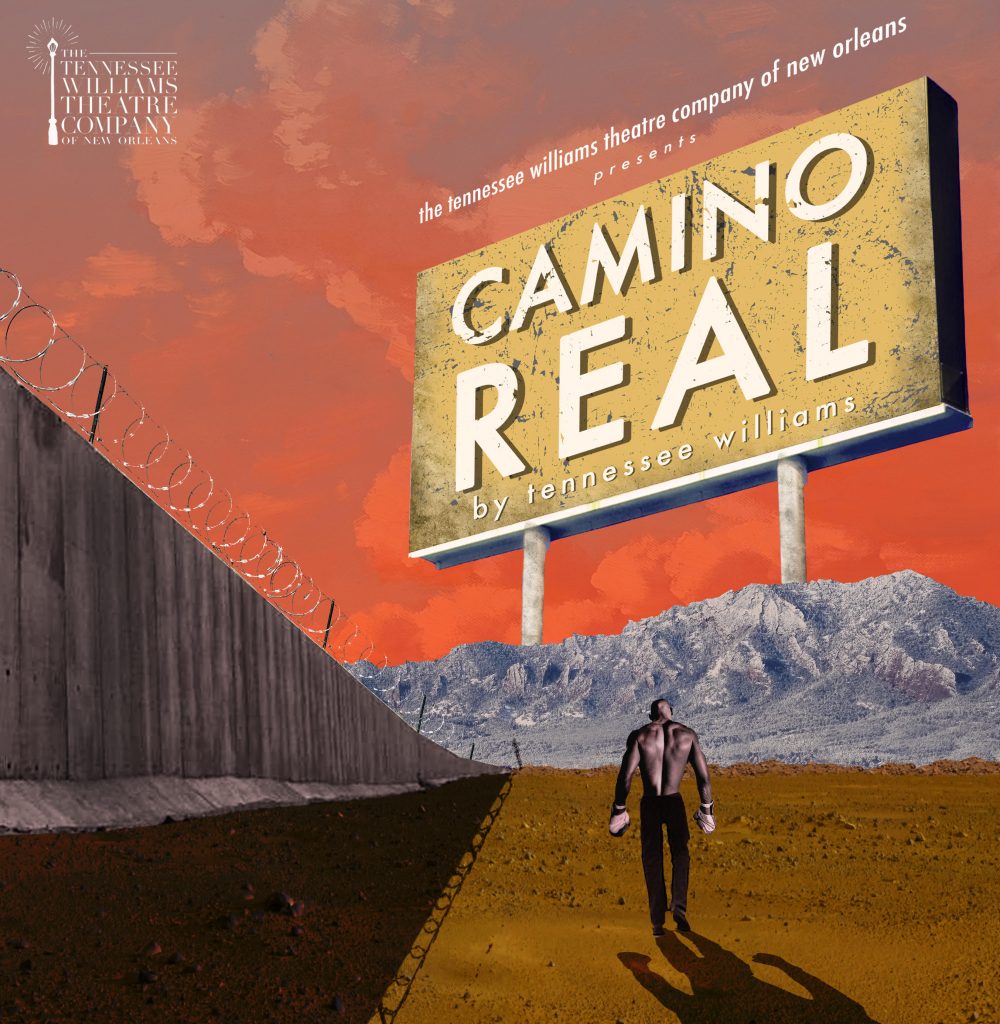 July 28-August 19 – 7:30pm
CAMINO REAL is Tennessee Williams’ symbolic, expressionistic masterpiece about making it in a world that is seemingly too real for romance and idealism. It takes place in a mythic town square somewhere on the American continent. Transients from all walks of life seem to be trapped there, unable to move on in their own journeys. Are they trapped by their habits? Their demons? Their lovers? When a young man with a fighting spirit enters this purgatorial arena, will he succumb to the allure of the Camino Real, or will he break out, tearing down its walls with him? Find out as he navigates the treacherous police state governed by a huckster-despot, and populated by such characters as Lord Byron, Casanova, Camille, and Don Quixote!
Starring Carol Sutton, James Howard Wright, Christopher Robinson, Roger Magendie, Mary Pauley, Rachel Rodriguez, and Robert Alan Mitchell. Featuring Matthew Rigdon, Matthew Raetz, Jordan Kaplan, Gavin Robinson, Lillian J. Small, Xavier Juarez, Stephen Stanley, Allison Logan, Joshua Bernard, Lin Gathright, LaKesha Glover, John Lavin, and Beau Bratcher.
Directed by Augustin J Correro
Production Design Featuring Lighting Design by Missy Martinez, Costume Design by Lee Kyle, and Sound Design by Nick Shackleford and Michael Gillette.
The Tennessee Williams Theatre Company of New Orleans is a year-round professional theatre company committed to producing captivating, exciting, and moving plays with a major focus on the works of America’s greatest playwright, Tennessee Williams. In the city which Williams called home and from which he drew abundant inspiration, The Tennessee Williams Theatre Company of New Orleans will engage our community and cultivate its relationship with Williams. We will accomplish this by mounting performances of well-known and rarely produced Williams plays, contributing to the scholarship of Williams and New Orleans, and educating our community onstage and off with unique and stimulating programming.
For Tickets & More Information: www.twtheatrenola.com or by calling: 504-264-2580