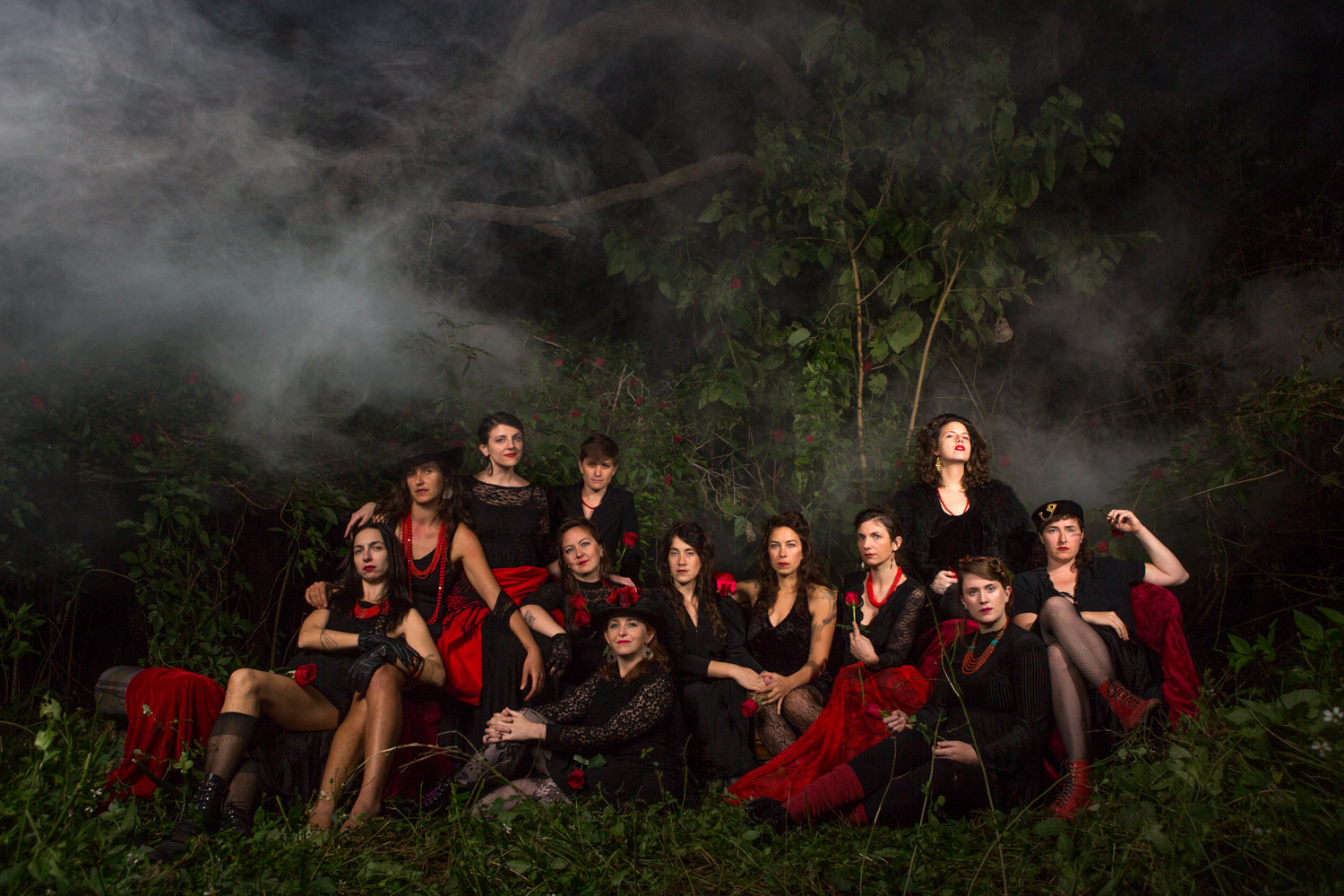 Trendafilka is a modern exploration of European polyphonic traditions. Founded in New Orleans in 2016, the group grew out of a common desire for group singing as well as a collective fascination with culture and tradition.  Trendafilka, named after the Balkan wild rose, draws repertoire from areas of Eastern Europe – the Balkans, the Baltics, the Caucasus, and the Eurasian Steppe – that hold rich cultural traditions of polyphonic singing.

In Trendafilka’s performances, songs from Bulgaria, Serbia, Latvia, Ukraine, Georgia, and the Roma diaspora are represented in 3, 4, and 5 distinct vocal lines. Dissonances and harmonies weave and swell throughout each song as common human themes are explored: grief, love, loss, jokes, and magic. Shifting between styles with ease, the singers work to blend their nine unique voices into one unified sound, creating a musical tapestry greater than the sum of its original parts.