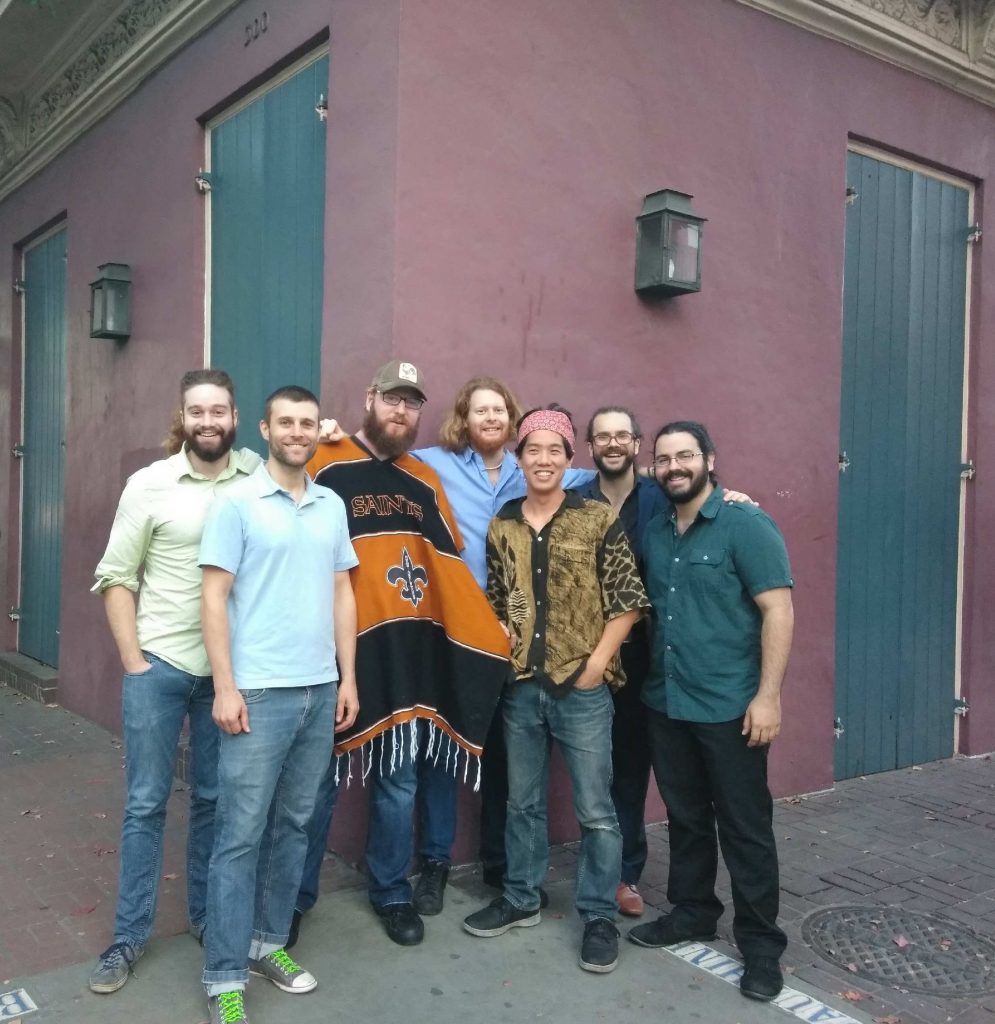 Yocho – an evening of Cuban Salsa

An evening of Afro-Caribbean-inspired salsa from the New Orleans-based band. Suggested donation: $15

Yocho (Y Ocho, Y8) is a salsa band based in New Orleans, a collective of artists who are passionate about the Afro-Caribbean music of Cuba; its history and form. The band experiments with different aspects of the style’s evolution, through its maturation in New York, and to its ultimate flowering all over the world. They focus on the intersection between dance and music, where lines are blurred between performers and audience.

Based in the northernmost city of the Caribbean, Yocho’s live stage shows inspires people with no knowledge of the genre to dance all night. The band’s current repertory leans mostly on Fania compositions recorded during the heyday of salsa in the 1970’s.