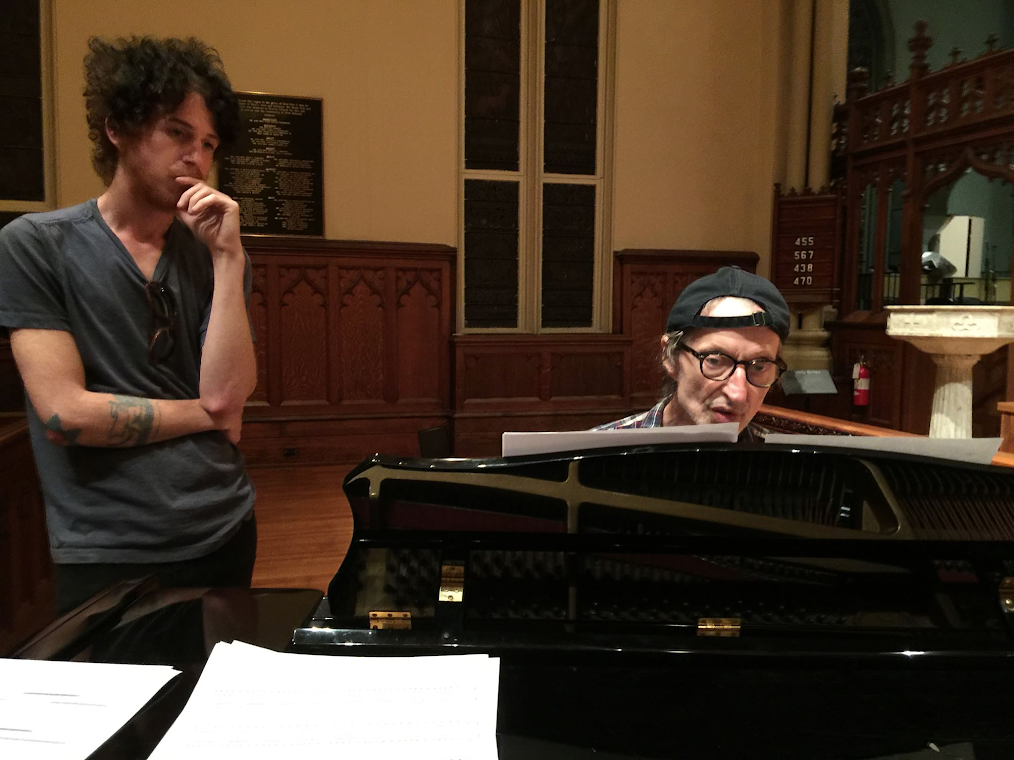 Composer and pianist Jeff Pegano began performing piano at churches in his hometown of Memphis. After studying classical composition and tonal theory at the University of Memphis, he relocated to New Orleans in 2006 and continued his musical education through an 8-year intensive mentorship under organist and composer Albinas Prizgintas, who has studied with Olivier Messaien. With a portfolio comprising thousands of original compositions, Pagano’s work has been performed by Albinas Prizgintas, cellists Susan Boldissar and Jee Yeoun Ko, and the Faubourg Quartet. His music has also been featured in the films City of Memory, The F Word, June July August, Born Just Now: A Robert Adanto Film, and Butte, America: The Saga of a Hard Rock Mining Town. His composition Songs for Sylvia Plath was featured at the Sylvia Plath symposium, commemorating the 50-year anniversary of the release of Ariel.

Albinas Prizgintas is an accomplished organist, musician, artist and recently retired director of music ministries at Trinity Episcopal Church in New Orleans. As a long-time resident of New Orleans, Albinas has created many popular music happenings for his Trinity community, including Trinity Artist Series, Bach Around the Clock, Organ and Labrynth and Yellowdog Prophet Choir.