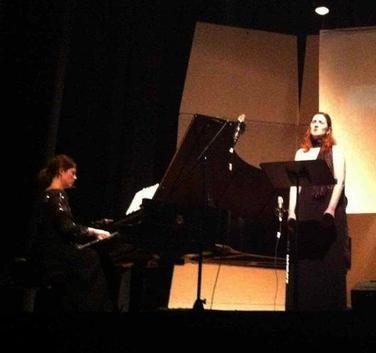 With Green the Astralis Duo presents an evening of music meant to draw the listener’s attention to the nature around us. The works on the program describe the experience of nature bringing thoughts to our minds and evoking feelings in our hearts. The music on the program should inspire us to preserve the natural world for generations to come. Green presents an evening of diverse music for soprano and piano in several languages – German, English, Icelandic and Navajo, written in a multitude of musical styles spanning more than a century, from Romantic to contemporary sounds. The Astralis Duo is made up of soprano Stephanie Aston and pianist Katalin Lukács.