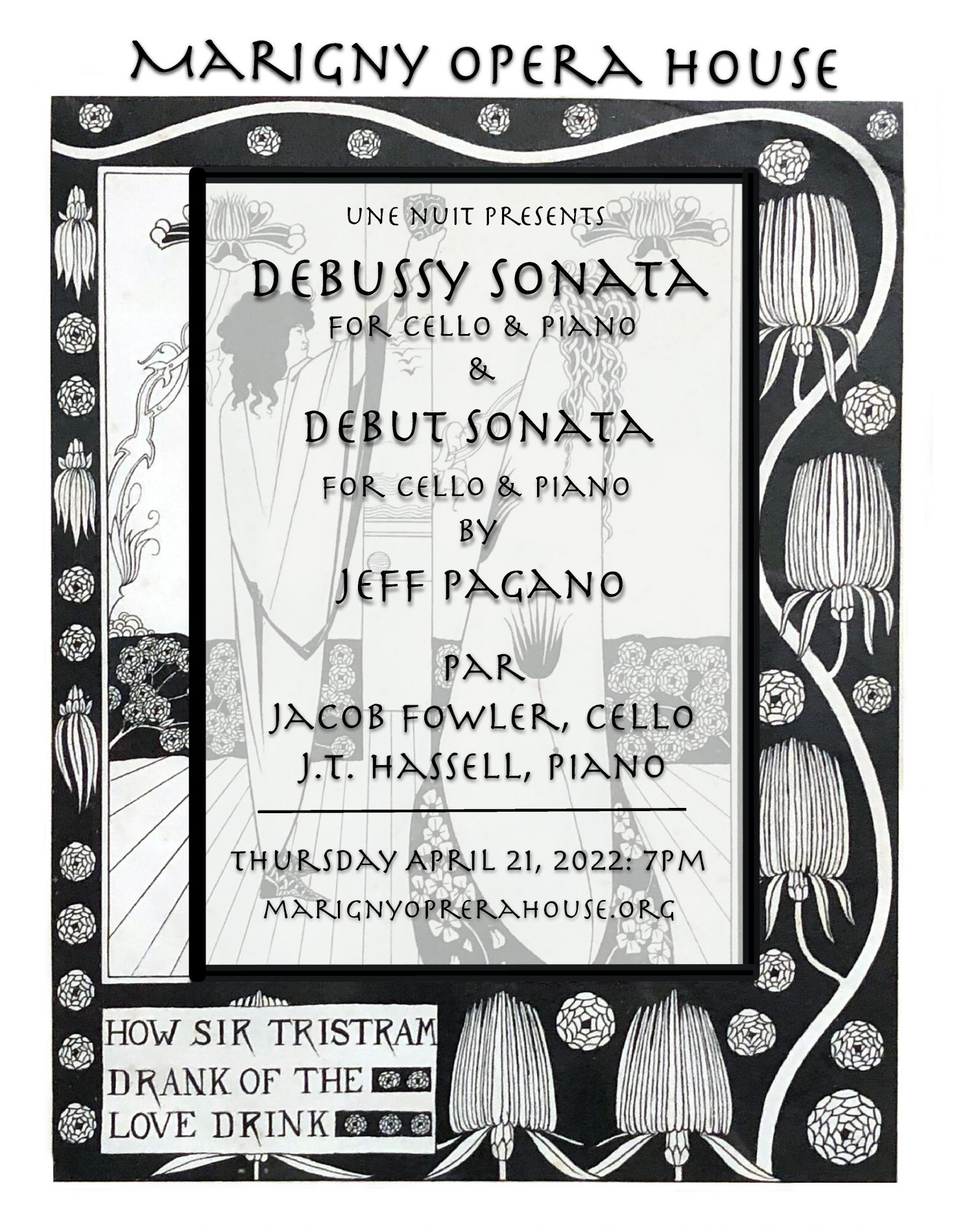 Composer and pianist Jeff Pagano began performing piano at churches in his hometown of Memphis where he continued his education at the University of Memphis. He relocated to New Orleans and continued his musical education under organist and composer Albinas Prizgintas, who studied with the renowned French composer/organist Olivier Messaien. Pagano has scored the music for many films and plays, including the score for a play of Mary Shelley’s classic Frankenstein. His composition, “Songs for Sylvia Plath” was featured at the Sylvia Plath symposium, commemorating the 50-year anniversary of the release of Ariel.

Jacob Fowler is a New Orleans-based cellist who is the Founding Director of the Surf and Sounds Chamber Music Series. Fowler frequently performs with the Houston and San Antonio Symphonies, Louisiana Philharmonic Orchestra and Fever Candlelit events. He is also a Festival Artist at the Crescent City Chamber Music Festival in New Orleans.

J.T. Hassell is a New Orleans-based pianist and teacher. By the age of twelve Hassell was playing virtuosic works of Liszt, Alkan, and Gershwin. Hassell made his debut with the Amarillo Symphony, and has been concertizing regularly before obtaining his Baccalaureate and Master’s studies in piano performance at Peabody Conservatory.

*none turned away for lack of funds, no pressure*
Events are subject to local Covid-19 restrictions at that time. At time of posting, that means providing either proof of vaccination or a recent 72-hour negative covid test.