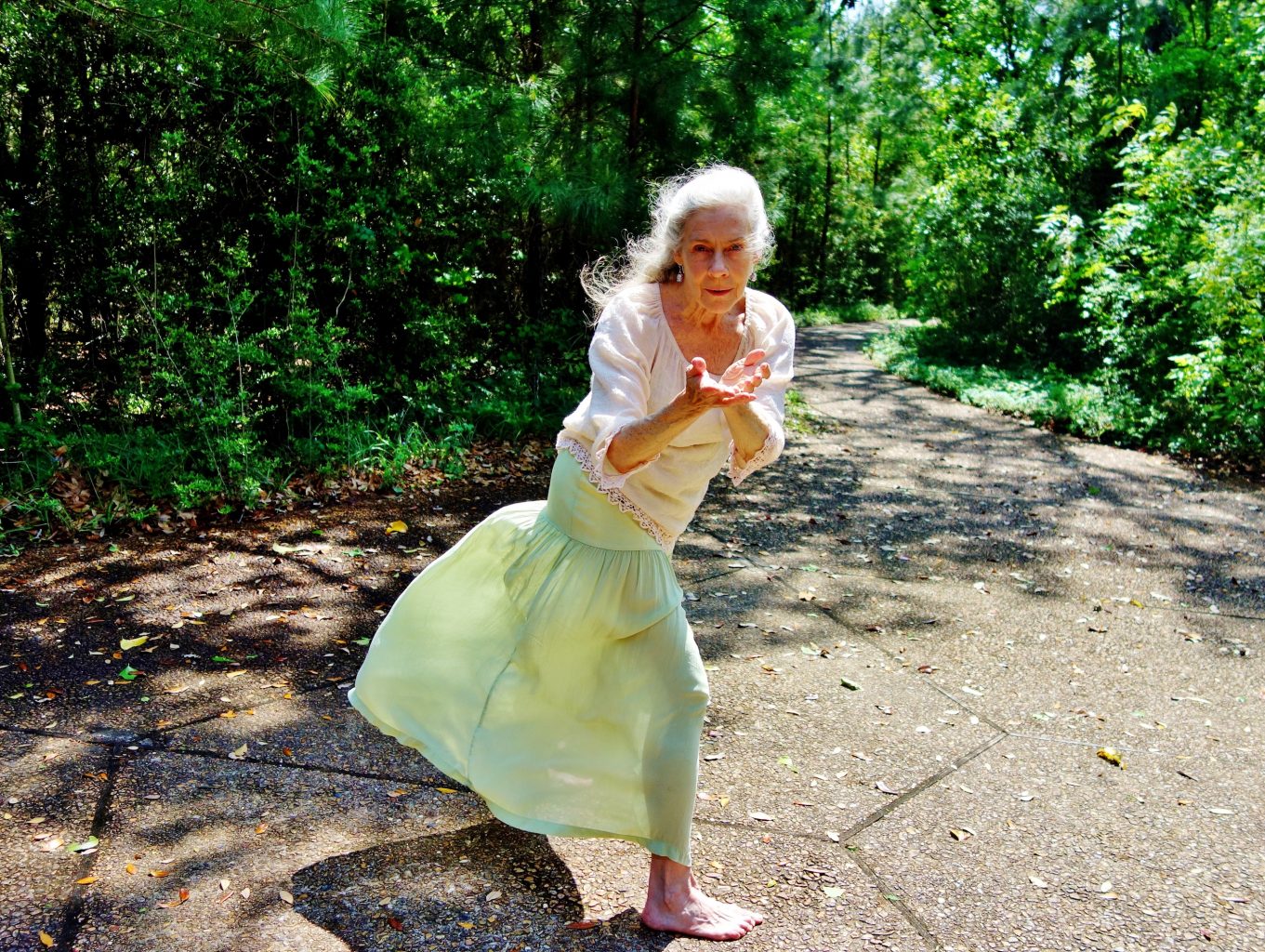 Leif Anderson: Dancing with my Father

Movement and recitation from her book, Dancing with My Father, based on memories of her father, artist Walter Anderson.

Leif Anderson is a dancer, writer, artist, mother and grandmother, and the founder, performer, and teacher of the dance technique and philosophy called Airth. She lives in Ocean Springs, Ms. and is the daughter of artist/naturalist, Walter Inglis Anderson, and writer/teacher, Agnes Grinstead Anderson. Leif has performed and taught in Massachusetts, New York City, and throughout the South. She has had residencies in New York and in New Orleans public schools, and was formerly a member of The Crescent City Ballet under Lelia Haller and Olè Flamenco Olè Spanish Dance Company under Teresa Torkanowsky. Leif’s drawings and sculpture have been exhibited in several Mississippi Galleries (particularly Brown’s Fine Art Gallery in Jackson), in The New Orleans Academy Gallery, and in The Luise Ross Gallery of New York City. A Memoir: DANCING WITH MY FATHER was published in 2005 by the University Press of Mississippi, republished in paperback in 2017 and highlighted at the Mississippi Book Festival of 2017. She continues to write, make art, and to dance, and has recently collaborated with Summer Baldwin, performing at the first dance festival to take place at the Mary C. O’Keefe Cultural Center of Arts and Education in 2016. Leif performed again with Summer in June of 2017 at The Walter Anderson Museum of Art and as soloist in the Fall Dance Festival of 2017, for the first time incorporating drawing into her dance performance.