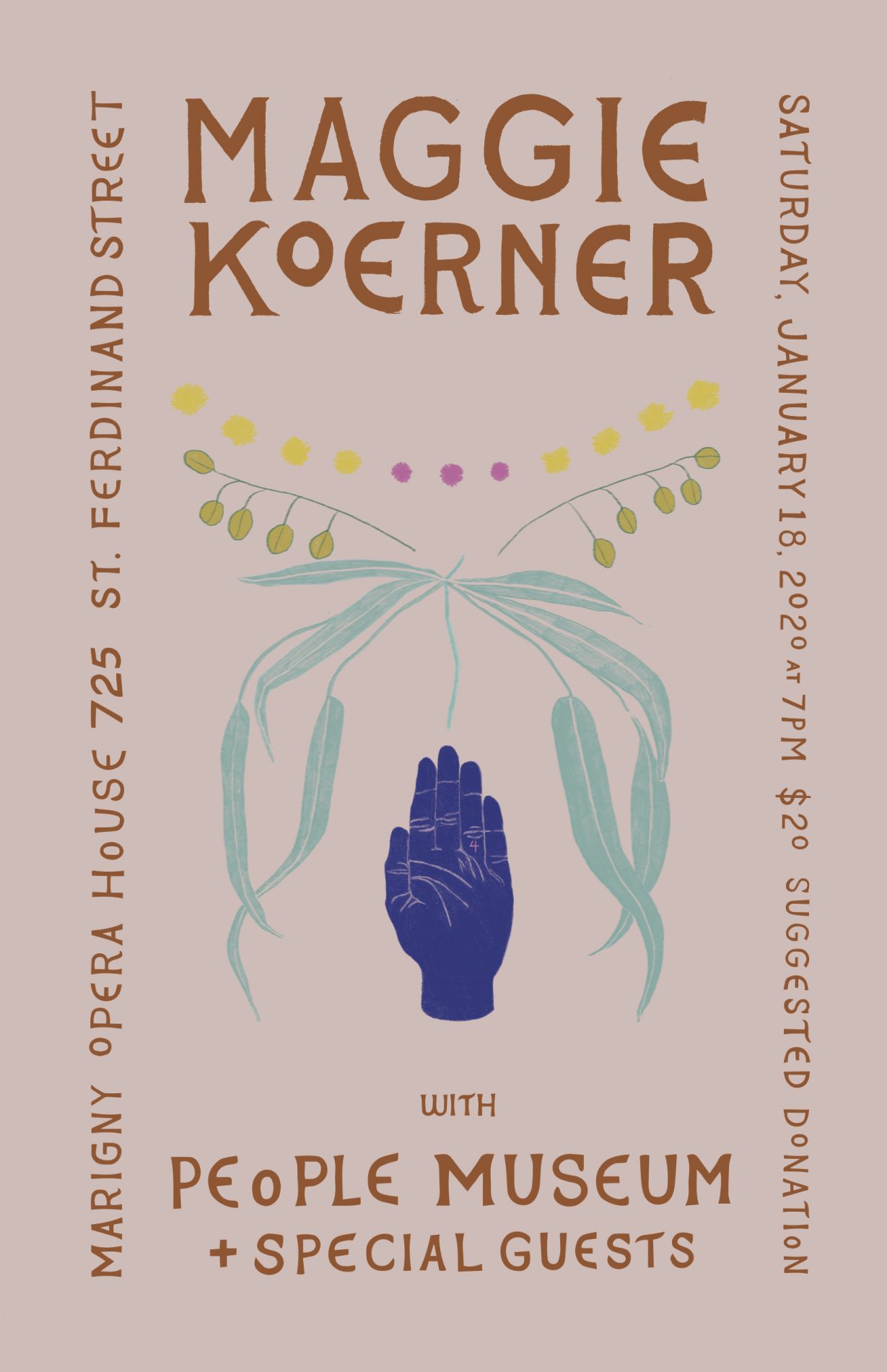 Thrilled to bring Maggie Koerner and People Museum for a new sound in the Hall.

Maggie Koerner is a singer/songwriter from Shreveport, LA, living in New Orleans and traveling the world.

People Museum is an alternate pop group formed in the Treme neighborhood of New Orleans, Louisiana. The creators of People Museum, Jeremy Phipps (producer/trombonist) and Claire Givens (composer/singer), met in 2016 after both being away from New Orleans, and both were eager to start a new project that incorporated the feelings of New Orleans in a non-literal way. The name was created while watching VMA nominees walk to dressing rooms outside a large glass window along with a crowd – “It’s like a people museum.”

Claire Givens is the daughter of an operatic singer/baptist music minister and classically trained pianist/choral teacher. She learned to sing in churches of rural North Louisiana. Jeremy grew up playing trombone in New Orleans marching bands and traditional jazz groups. Their shared affinity for pop production, traditional New Orleans music, and unique experiences in the south has created a blend of styles that has made People Museum a collection of sounds not often brought together.