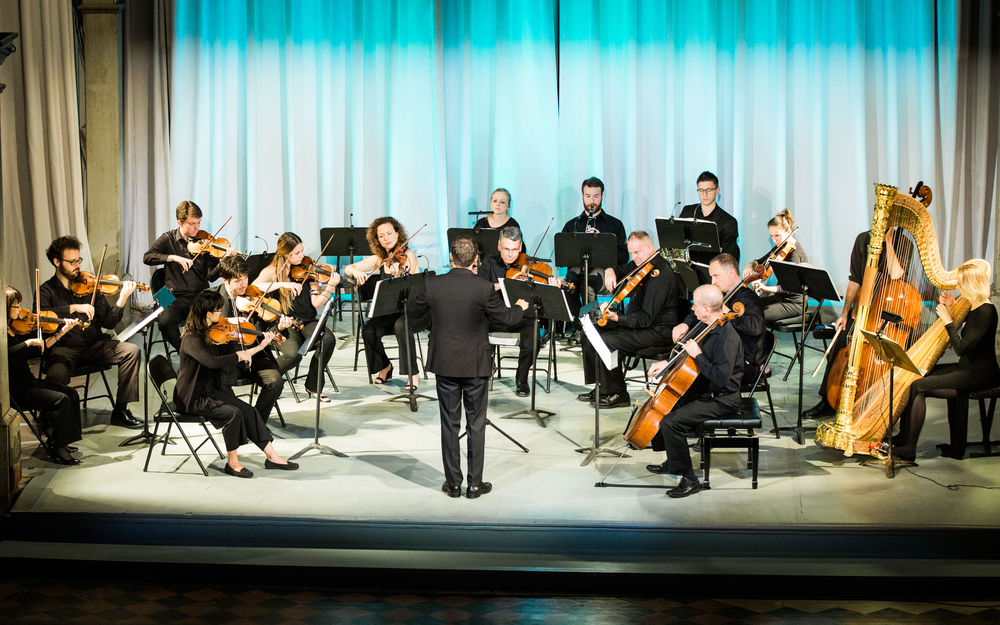 “Falling…” is a story of a love affair and self-discovery. It is loosely modeled after “Frauen-Liebe und Leben” by Chamisso, a cycle of poems, set to music by several composers, most notably by Robert Schumann. The Schumann/Chamisso cycle, while a masterpiece, presents a Romantic outlook on love–namely, if only the two lovers could be together, their life would be blissful, and the only obstacles to happiness are separation and, ultimately, death. In our work on this monodrama, while following the general arc of the Chamisso story (beginning of the affair, its blossoming, its end), we sought to update its sensibilities to the modern age, recognizing that, in reality, the obstacles to happiness in a relationship are as, if not more likely to be internal than external. Thus, “Falling…” became a story of an abusive relationship, told from the point of view of an abused woman.

“Alexandrian Love Songs” tell a story of a love affair between two men, set in ancient Alexandria, and told from the point of view of one of them. The author of the Russian original, Mikhail Kuzmin, a prominent representative of what became known as the Silver Age of Russian poetry, was quite a colorful figure, known for his flamboyant dress and eccentric behavior; he was also a capable composer in addition to being a poet. A proudly out (long before this term was coined) gay man, he was quite exceptional in that respect among Russian elite.

The poems set here are written in an intentionally archaic style, in a loose blank verse which I did my best to reproduce in my translation and to match in my musical setting. The piece was initially written for tenor and piano, which version still awaits its premiere alongside with a men’s choir version. The version presented here is scored for a tenor and a small chamber orchestra (flute, harp and strings).