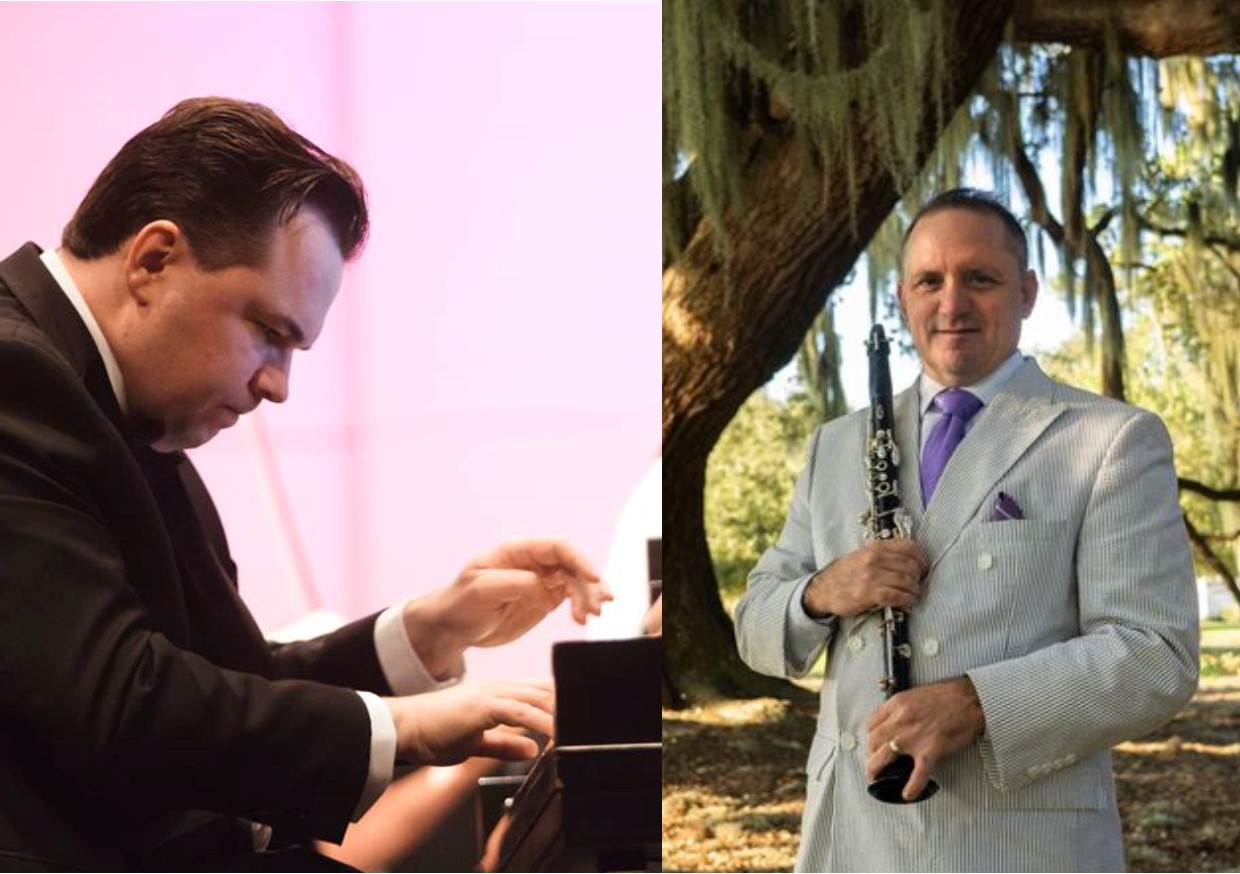 Redwine-Casarotti Duo – Music of the Americas

The Redwine-Casarotti Duo has performed in the United States, Brazil, London, and Lisbon. This evening, they will perform “Music of the Americas”— works by Villa-Lobos, Villani-Cortes, Piazzola, Ravel, Gershwin, Lacerda, Redwine, and the North American premier of  Maurice Saylor’s “Comic Symphony”, written for the artist.

Doors at 7:30PM | None turned away for lack of funds, no pressure.

Clarinetist Ben Redwine feels equally comfortable playing Brahms or Ellington. He is devoted to the performance of new classical music and old jazz. Ben served as an Assistant Professor at The Catholic University of America in Washington, DC from 2012-2016 and was woodwind professor at Southern University in Baton Rouge, Louisiana from 2017-2019. In 2014, he retired after 27 years in the US Naval Academy Band in Annapolis, Maryland. He has been a featured soloist at seven International Clarinet Association ClarinetFests in the U.S. and Europe, and has performed extensively on four continents. In 2016, he moved to Louisiana, where he has been a regular performer with the Louisiana Philharmonic and Baton Rouge Symphony Orchestras.

In addition to leading his popular traditional-style jazz band, the RedwineJazz Band, Ben is a Selmer Paris performing artist and a D’Addario performing artist, presenting concerts and master classes internationally. He has recorded for Mapleshade, Naxos, Vin Rouge, Big Kahuna, Antidote, and AmCam record labels. All of his recordings can be found at his website, redwinejazz.com.
Ben earned a bachelor of music education degree from the University of Oklahoma, a master of music degree from Louisiana State University, and a doctorate degree at The Catholic University of America, studying clarinet performance with a minor in Latin American music history.

Dr. Casarotti has performed as a soloist and chamber musician in South America, North America, Asia, and Europe.