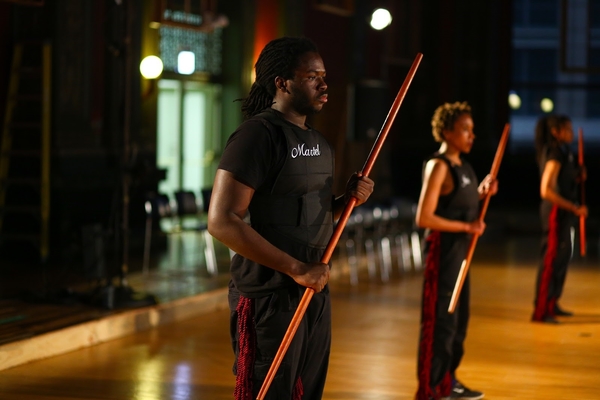 THIS IS NOT A DRILL by Jefferson Pinder with Avery Bell

Guggenheim Fellow Jefferson Pinder brings a special one night event to the MOH. As part of the Red Summer Road Trip, Pinder is collaborating with local artists to showcase THIS IS NOT A DRILL, a visceral performance piece performed by the Middle Passage Guerilla Theater Company with music by sound designer, composer, and bandleader Avery Bell.

In the late summer and early fall of 1919, violence and uprising erupted across the United States. Hundreds of Black lives were lost in the midst of a transitory period of unrest and hostility that was named The Red Summer. New Orleans, like many other locations, was also a site of rioting on July 23rd of that year. This summer, Pinder is embarking on a classic American journey: a road trip to visit major sites of The Red Summer.

“As the nation marks a full century since then, we are in a new era of unrest,” says Pinder.

Over a two-month period, Pinder explores other sites of riot across the South and Midwest – Birmingham, AL; New Orleans, LA; Houston, TX; Chicago, IL – by car to provoke conversations about racial injustices that occurred a hundred years ago and still make up the fiber of Black experiences nationwide.

“My work draws inspiration from The Freedom Riders, who offered an interventionist model. By pushing the boundaries of what was acceptable, they used their physicality to elicit interaction. Through movement, they embodied change,” says Pinder.

After performances at the Chicago Cultural Center and Washington DC’s Source Theatre, the piece evolves yet again in New Orleans with the incorporation of live instrumentation featuring local New Orleans musicians led by sound designer, composer, and bandleader Avery Bell. In an exciting collaboration, Bell’s score offers a unique energy and spirit to a powerful piece.

THIS IS NOT A DRILL will be presented on July 5 at 8pm. Doors open at 7:30pm. The performance runs approximately 60 minutes. Located at Marigny Opera House 725 St Ferdinand St, New Orleans.

*none turned away for lack of funds, no pressure*
Seating granted on a first come first serve basis